The idea I would like to develop in my research on Social Policy can be formulate with a simple question: “Why many important programmes of the European Social Policy don’t usually reach those communities that are most concerned by them?”
One of the most important social programme of EU is represented by LLP (Lifelong Learning Programme) whose aim is to create an efficient mobility of people wishing to take part in a new view of the European Life, according to the proposals described in Lisbon Treaty, signed by the European Union Member States on 13 December 2007 and entered in force on December 2009. With the Lifelong Learning Programme the European Community wants to set up an exciting idea of economy, that is the idea of an economy not based on the profit of the entrepreneurs, but on the variety of different cultures and knowledge, skills and abilities, languages and customs of the communities of Europe. This idea is really one of the best idea that could come up from the old European culture and civilisation.
If this idea cannot arrive to those who actually need it, it is maybe because there is a problem in the communication and information strategies, a problem concerning the datum, as likely as true, that not all the population is familiar with the new way of communicate, the way of “Internet”.  This problem is associated with a vast range of other problems involving the different ways of each country (and in each country every single province or region or city or council) to manage the communication and information, to manage the knowledge of the relation between the word-wide IT way of life and each traditional community’s life.
Of course, communication and information are not made of IT and TV only, but also of human behaviours, individual and common actions and gestures, from people and institutions. In fact, the communication and information problem is related to the relation between these two fundamental subject of human society.  My experience in social activities in one of the worst cities of Italy, i.e. Foggia, gave me the impression that very the population who most needs the support and has to be supported by European Policy is not informed and absolutely touched by it. For the several cases of corruption and the continuity with the history of criminal politics of certain areas, people do not trust in the institutions any more. Thus, even as the institutions want to realize new politics (e.g., the contemporary different theories active citizenship), they find a big problem to get the consensus from people and, above all, the active participation. In the city of Foggia was born, in 2007, a new idea of mediation, the ‘Socio-Institutional mediation’, to remedy this problem. This idea-action of mediation is promoting by the charity ‘G.A.A.S., Gruppo di Azione e Animazione Sociale’ (Social Action and Animation Group) and social co-operative ‘Scurpiddu’, that I collaborated to set up after a social research which I did during my study of philosophy. The aim of the ‘Scurpiddu mission’, the name of the whole strategy, is that to cover the gap of the communication between people and institutions, by using booth the new technologic communication tools and the human action based on the traditional non-violent conflict resolution - from which come the theories of ‘mediation’- and the ‘Reciprocal Maieutic’, the method that Danilo Dolci, the so-called ‘Sicilian Gandhi’, had developed in Sicily since the ‘50s.
My project consists of a deep study of European Lifelong Learning Programme related to the needs of community of Foggia, that is living a new period of its history. This study implies a reflection on the differences between English and European way to conceive the concept of Lifelong Learning, an analysis of territorial differences, the influences of local history referred to the problem of the communication at certain level of the social life, and a comparison among other European experiences of the communication and information management.
It wants to be a research based on the conscience that all social policy can be successful only when its strategy contemplates a very strong relation between ideas and praxis, a relation which is usually considered deriving from Marxism background but that it is really a patrimony of the human social life.
Antonio Fiscarelli from London 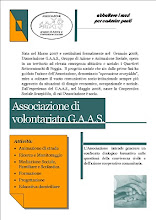 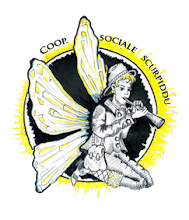 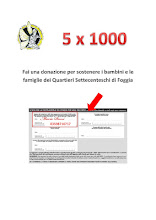